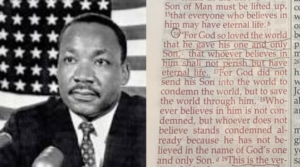 Today we have a day off work to celebrate the birthday of Martin Luther King, Jr. and to reflect on all he did to pave the way for equality and civil rights.

I think when we have days off work we sometimes see how much we can cram in to these days set aside for rest and reflection.  We look at it as one more day for progress.  An extra day to get ahead of everyone else.  But if everyone else thinks the same thing, then there is no rest.

If you have the day off today, reflect on how far we have come over the decades as a society.  Reflect on MLK and others who have paved the way for freedom.

I know one man who paved the way for freedom in salvation.  His name was Jesus.  He loved everyone.  He called out sin but continued to love.  He healed the sick and brokenhearted and in the process sacrificed Himself for all of us.

As you take time to reflect on all the leaders have done for our country over the years, take time to also reflect on all that Jesus has done to pave the way to eternity in heaven.  It’s a great day to truly relax, reflect and renew out spirits to be thankful for all the blessings we have in this great country. 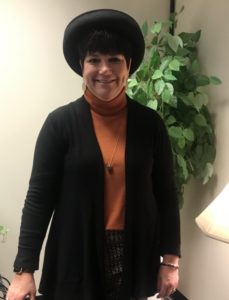 Where do I do what?
Social media is hard for me.  Trying to know where to do what post, blog, share, etc.  I have so many things I want to share and so many things I feel God leading me to do.  But as I reflect on how the year has started, I think I jumped in too quickly.  I like to wear a lot of different subject hats.  It’s fun for me. But sometimes I think it can get confusing.

For those of you who have been following my “trying to do something peaceful everyday” journey, I just want you to know that I am going to be continuing that on my private Facebook page and going to leave this website for my devotions and other blogs.  And just like Mr. Rogers said, “I hope you will be my friend”….. on Facebook if you are not already.

I love writing and God has given me so many ideas over the last couple months and I have just been pushing them down…..always finding something else to do with my time.

Then God stopped me.  I felt Him clearly say, “It’s not about what others think.  It’s about obedience to do what I have called you to do.”  And I know, without a shadow of a doubt, God has called me to write and to speak to women’s groups.  That’s what I love and I’m going to follow my calling.

Outside of writing devotions, I want to write about some other things I LOVE – decluttering, organizing and decorating.  I’m going to be sharing some of those ideas on my Facebook Speaker Page.  I call it Table Talk with a Twist.

Thank you for being patient with me as I try to organize where God wants me to write what and when.  Grab a hat and join me as we travel to some pretty interesting places following God’s lead on a journey of fun stopping along the way for a little peace.  🙂 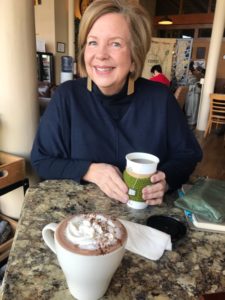 I love taking pictures.  My little never-still-always-thinking-sorta-creative little mind is always wanting to capture the moment.

This past week, I found myself getting to spend time with several friends on different occasions  enjoying hot chocolate, football and even some Bible study.  I found PEACE in the matter of just being still with friends.

A cup of hot chocolate with a beautiful whipped-topping heart on top presented to me by the barista.
A journal full of ideas.
A collection of favorite things displayed on my mantle.
A candid shot of my girls.
A secret photo of my parents reading their Bibles.

I love capturing these memories.

Sometimes the subjects don’t like their photos taken.  They may give in, but there’s always an “oh my goodness, I don’t look good today.”  They may just outright refuse to let their picture be taken.  Or if you’re like my daughters, delete, delete, delete until the semi-approved picture is snapped.

I’m the same way.  I am very critical of pictures taken of me.  I usually try to think about the pose that will make my chin not look so doubled, or intentionally “suck in my gut” right on the count of three.

Sometimes I try to stand on the end of a group photo instead of the middle but even on the end a specific angle can make that toosh of mine seem even bigger.  I fluff my hair and pat down my sweater.  I check my eye liner and touch up my lipstick.

We forget that it’s not about the appearance but rather capturing the memory – the heart of the moment.  Man sees the appearance.  But the photographer sees the story.

Just like the story in 1 Samuel 16.  Samuel was looking to anoint the next King and God told him that he would find him in the appointed place.  Jesse sent all of his sons through the process except the little one. When Eliab came through, Samuel thought he was the one.  But God told Samuel,   “Do not consider his appearance or his height, for I have rejected him.  The Lord does not look at the things man looks at.  Man looks at the outward appearance, but the Lord looks at the heart.”

Then God spoke to Samuel and told him to have Jesse bring in the youngest son, David.

He wasn’t what the public would think was the proper king because he was so young and had been out tending sheep.  But God told Samuel to “rise and anoint him.  He is the one.”  (I Samuel 16:12b)

God doesn’t look at the outward appearance but at our hearts.  I’m thankful for that!  Especially on the days my hair is sticking straight up, thick bifocal glasses sliding down my nose dawning my favorite, comfy, ragged, old sweatshirt.

Ask Him into your heart today and be a part of His family picture. 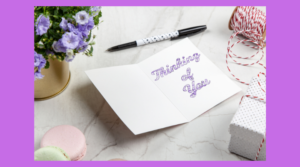 “The Lord bless him,” Naomi said to her daughter-in-law.  “He has not stopped showing kindness…”  Ruth 2:20

That word is a positive word.  It makes me smile just looking at it.  I love reading about random acts of kindness, researching new ways to show kindness and then following through by actually doing kind acts.

In the story of Ruth in the Bible, we see many acts of kindness.  Naomi was married to Elimelech and they had two sons, Mahlon and Kilion.   The sons married Moabite women and their names were Orpah and Ruth.

Naomi’s husband and both sons died and she left to go the land of Judah.  Ruth was determined to go with her because she loved her and wanted to show kindness to her to take care of her.

We see later in the story that Ruth meets Boaz who was an upstanding man and wealthy landowner.  Ruth begins gleaning the fields after the harvesters have finished harvesting and Boaz sees her.

He finds out from the harvesters her story and he instructs them to not embarrass her but to pull out some stalks for her and leave them for her to pick up so she gets additional food from her gleaning.   He continues to show kindness to Ruth and also to her mother-in-law.  And we see that he ends up marrying Ruth and taking care of her and Naomi.

This is a true act of kindness – over and over again.  We need to use this as an example.  And although situations are different today from Bible days, the word of God never changes.   The principles of showing love and kindness to others never changes.

I am on a journey to send cards this year.  Fifty-five to be exact on my Year of 55.  Today I am stretching outside of the walls of the ones I would normally send a card to and asking God to show me who could use a little encouragement today.

What can you do to show kindness to someone who may need a little encouragement?