Last night I was at a mother-daughter banquet and the program started with a reading that was not the traditional “mothers are…..” reading.  It was read by a gal who is not yet a mother and who lost hers a few years ago in an accident.  It was a very brave reading.

The article saluted mothers and grandmothers.  It celebrated those who were pregnant and congratulated those who had already given birth.  It recognized mothers who were struggling through the toddler and teenage years and patted the backs of mothers whose children were grown and thriving and successful on their own.

It reminded us that not everyone has our situation… no matter how our situation is defined.  I am blessed to still have my mother and to have birthed two beautiful daughters.  But I also lost a baby in the womb.  I can grieve with those who have gone through miscarriage.

I have lost a wonderful mother-in-law to death by cancer and grieved with a friend who lost their child in a car wreck and another who lost her daughter only minutes after birth.  I have prayed with friends who struggled through infertility and finally adopted a beautiful little girl and I have prayed for friends who have never been able to adopt.  I have hugged on moms who have seen their child go to jail and hugged on them again when they came home.

Whether you celebrate the traditional Mothers Day with joy or dread, don’t forget the other side of the coin.  Be thankful if you fit into that tradition and be sensitive to those who do not.   If you do not enjoy Mothers Day because of your situation, don’t be mad at those who are able to celebrate.

Today I celebrate my mom for being a great mom and grandmother!  I know a part of her heart swells with joy as we celebrate that role but I also recognize that the other part breaks for the one she lost. 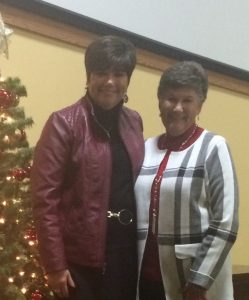 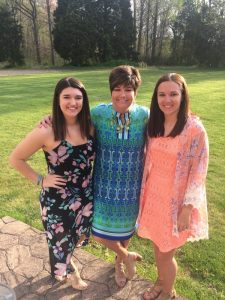