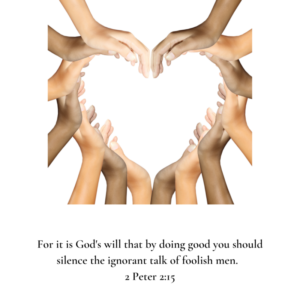 “The brokenness of the world does not begin with systems, but with the human heart.”
– Kyle Idelman, Pastor, Louisville, KY

Let that soak in. Read it again.

“The brokenness of the world does not begin with systems, but with the human heart.”

Today’s politics are a mess. I don’t care what side of the aisle you fall on and this is not a post for a debate but rather a post for a plea to NOT DEBATE on social media.

Kyle goes on to say: “That’s why the focus starts with individuals. We can reorganize, legislate and overhaul systems, but they will still be run by sinners. Only Christ can offer hope for lasting change and through our relationship with Him we can choose faithfulness even in oppressive circumstances.”

There is so much hatred in the world right now and it is getting worse with such division in our country. I saw one Senator give his acceptance speech relaying that his opponent had called to congratulate him. This Senator said that when his opponent called to congratulate him, he said he hoped the two parties could work together going forward and the victorious Senator agreed. The Senator went on to say his opponent was a good man, a good father, a good husband and he wanted to work with him to bridge the divide among the parties.  How wonderful!

It doesn’t matter whether you are Democrat, Republican, Independent or any other label, the system is not the problem. The human heart is the problem.

Can you imagine if we all put down our phones and our rants on social media and just reached out to be kind and love others? Our negative responses to social media mean nothing. It only stirs the pot. We all think what we believe is right. We all have opinions on the issues at hand, the outcome of election results, the handling of the election results, the future of the country.

But just for this week, for today, for just the next hour even…..just stop and try to find one thing you can say that is kind to someone else.

Look for one social media post where you can post a positive comment. Look for one random act of kindness that you can do for someone. Try it for a whole day. Then expand your challenge to two days and even a week or more.

The world is not going to get better all at once because we are a cesspool of sinners. But when we can show love like Jesus showed love, we can start to make the stinky become a little more fragrant.

Make a difference ….. one day at a time.

One thought on “From Stinky to Fragrant.”