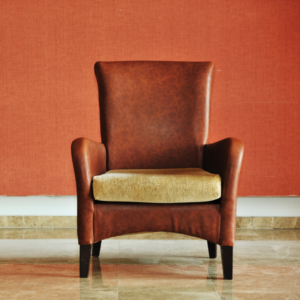 If you have never watched the sarcastic sitcom, you really are missing 30 minutes of laughter and entertainment.  We have watched the reruns so much that we now quote lines as if they were taken from an honorable philosopher!

No.  Just the famous Mike Baxter.

But last week instead of holding our stomachs in laughter, we found ourselves reaching for the tissues.  It wasn’t tears from laughter running down our cheeks, but rather tears from somewhere deep inside us that resonated with sadness and fear.

The scene finds us in the garage with Mike while he is going through boxes of things left behind by his father.  He turns to find his dad’s spirit in human form sitting in Father Baxter’s worn, brown, leather chair continuing to dole out advice even after he’s gone.

Mike continues to yell at his father’s spirit as he deals with his own pinned-up anger and regret from things done as well as things left UNDONE.

“You never once told me you loved me,”  Mike tells his father.

And there it was.  He never felt loved.

“I don’t believe you ever told me either, Son.”

And then Mike’s whispered, heart-felt, real-issue, regretful response.  “I was going to.”

And then he was gone again.

Who do you need to tell you love them today?

Swallow your pride. Reach deep down inside yourself and go tell them.

Because “I was going to” won’t feel so good after they’re gone.

One thought on “I Was Going To…”