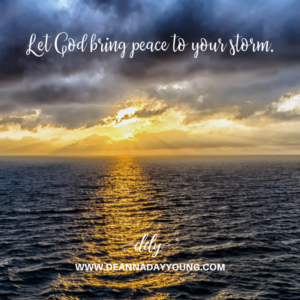 It’s been a crazy few days.  My 89-year-old father-in-law had a heart attack.  Due to his age, the surgeons could not do open heart surgery and had to try to open up the blockage by going through the vein in his leg.  During 7 hours of “very complicated and delicate surgery”, a team of a dozen surgeons and other professionals gently crafted 11 wires up the looped vein in his leg, using a “drill bit” to open the blockage and place a stint in the artery to allow his heart to continue doing its God-intended job.

I know he’s scared.  He went in to this surgery thinking it was a wire up his arm to place a balloon in his heart to open up his blockage. But it ended up being much more complicated than originally thought. Now he’s got a brace on his leg to hold it still, a ventilator down his throat and multiple wires and tubes coming in and out of his body.  He’s strong and stubborn….but I know he’s scared.

You see, at 90 years old, you’ve seen a lot of your friends and family go on before you.  He has lost his wife, two of his life-long buddies as well as his best friend and brother, Norman.  He and Norman were always together and a lot of people couldn’t tell them apart.  Two peas in a pod.  When Norman died, Wes seemed like a lost puppy dog.  Of course, he’s scared.

It took my breath away.  Norman.  Taking care of Wes.  Just like he always did.

Wow!  God, you are awesome!