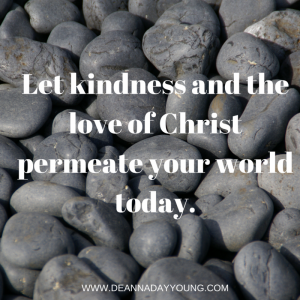 A foreign exchange student was on the basketball team of a local high school and doing quite well.  She played on the junior varsity team most of the time but on senior night, her host family asked the coach if it would be possible to allow the exchange student to be in the starting lineup so that she could hear her name on the loud speakers and experience the tip of the ball to begin the game as a starter. The host family even told the coach that she didn’t have to keep her in for very long but just allow her that one-time experience. The coach said she would consider it.

The night of the game, the exchange student was emotional and excited to get one opportunity to be in the starting lineup if only for the first play of the game. But the coach crushed that dream. She decided not to start her.

Her reasoning: she really wanted to win the game. Wow! That coach decided that a one-minute, once-in-a-lifetime opportunity of excitement for the exchange student wasn’t as important as a win of a 32-minute basketball game.

I use the phrase, “Rules versus Relationships” all the time. In my little world, 90% of the time relationship wins. I firmly believe this.  If people would quit being so rigid about rules and look rather at the relationship and how they can use every opportunity to show the love of Christ to lead others to Him, then maybe we could infiltrate some of the love and compassion this world was created around.

I’m so sick of hearing about how “this is the rule” rather than caring about other people.  I know that rules are important and some are created obviously for our safety.   I work in a world of rules as a paralegal.  I get it!

But I am talking about people using rules for selfish reasons; using rules to look out for “number one!”.  We’ve become a world of me, me, me. How are we ever going to lead someone to Christ when we can’t show compassion ourselves?

Think about what others are going through.  The exchange student will never get another opportunity to be a starter on the team. One minute could have changed her world and I seriously doubt would have changed the outcome of the game.

What do you do when the checkout person at Wal-Mart isn’t friendly?  Do you go to the manager and complain?  Or does the “relationship versus rule” theory set in and showing kindness become more important than complaining?

Maybe she is a single mom and she just received a notice that her electric will be turned off.  Maybe she just found out she has a serious health issue.  Everyone we meet is going through something and we need to try to show the love of Christ even when someone hasn’t followed the “rule”.

John tells a story of Jesus showing the “relationship over rule” attitude when the Pharisees brought a woman to Jesus who had been caught in adultery.  They said, “In the Law Moses commanded us to stone such women.  Now what do you say?” (John 8:5).  The Pharisees were trying to use this situation as a trap for Jesus so that they had something to accuse Him of breaking the law.

But Jesus kept writing something on the ground and when the Pharisees continued to question him about the “rule”, Jesus chose relationship and turned the “rule” back on the Pharisees.

He said, “If any one of you is without sin, let him be the first to throw a stone at her.”  (John 8:7). The rest of the chapter tells us that one by one her accusers walked away and Jesus said to her “Neither do I condemn you.  Go and sin no more”.  He gave her a second chance.  He chose to show the love of Christ and use this situation to build a relationship.

Not everything is this simple I understand.  Rules are rules and are made to protect people and need to be followed.   I’m just saying the next time you want to use a rule for “rules sake”, think about the person and the relationship.  Should you use the “rules versus relationship” theory and allow relationship to come out on top or is it truly a “rules win” situation?  Only YOU know the deep-down feeling to answer that question.

I hope we choose relationships when possible and maybe little by little we will begin to see the love of Christ permeate this selfish world!